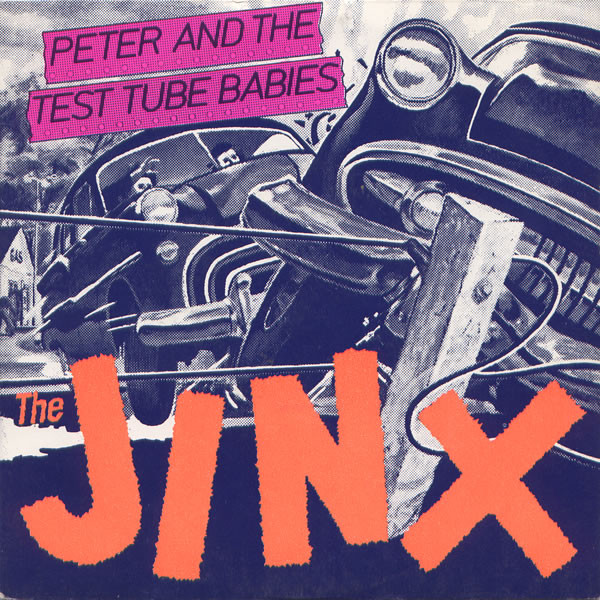 This version has the Band Name on the front cover written in black on a pink background and a pink cartoon on the rear. An alternate version with orange band name and cartoon appears here Peter And The Test Tube Babies - The Jinx.