Label: A Date With Elvis 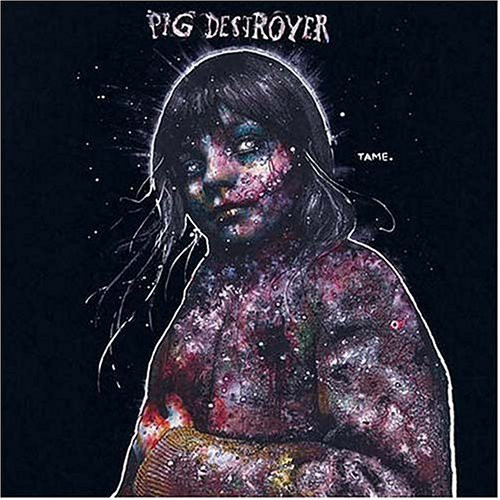 American grindcore/metal band formed in 1997 in Alexandria, Virginia.
In 1997, vocalist J.R. Hayes, guitarist Scott Hull and drummer John Evans formed the band Pig Destroyer (previously known as Cop Destroyer). As soon as the band formed, they started rehearsing. It didn't take long before the trio released a self-titled demo, and participated on a split with Orchid.

In 1998, Pig Destroyer toured the East Coast with other bands, including Drop Dead, Converge, Kid Dynamite, and Isis. Later that year they parted ways with drummer John Evans, who was then replaced by Brian Harvey. They also started to play more shows and released an album, "Explosions in Ward 6," which brought them out of the underground to be known as one of the better Grindcore bands. The band continued to tour with bands like Discordance Axis, Phobia, Daybreak, Dillinger Escape Plan, and Disassociate. They also played at the 2000 March Metal Meltdown.

In July 2000, the band signed with Relapse, and recorded a split 7" with Isis. It sold out in a month. They later recorded and released "38 Counts Of Battery," which included the remastered "Explosions In Ward 6" album, tracks from the Isis and Orchid splits and their demo from 1997.

In 2001, they released "Prowler in the yard" which is the most extreme album they've made to date. The album got them even more fame, and the band is now of the leading Grindcore bands.

Pressing is messed up as the songs have gaps in between when they should play through seemlessly.