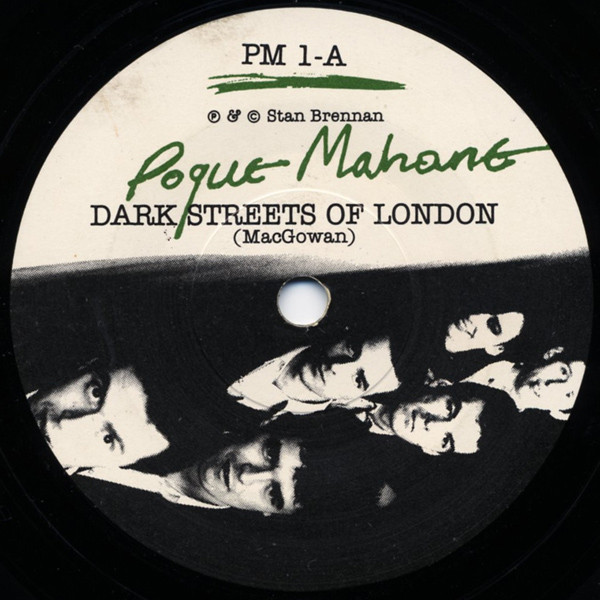 "Pogue Mahone" means "Kiss My Arse" in English.
This is the original name for the punk/folk band The Pogues.

Repressing of the white-labelled Dark Streets Of London, this time with green-lettered picture labels. According to Stan Brennan (as quoted in Carol Clerk's 'Kiss My Arse' book), these were pressed in a quantity of "about 2000", between the initial white label pressing and the band's signing with Stiff later the same year, putting this pressing in mid-1984.

Comes in a plain white die-cut sleeve.
Some copies are known to come with the harp sticker more commonly associated with the earlier white label copies.

Labels credit the band name as "Pogue Mahone". The Stiff reissue credits them by their later name, "The Pogues".

No record label is stated on the labels, though 'Pogue Mahone Records' has customarily been listed in other discographies.