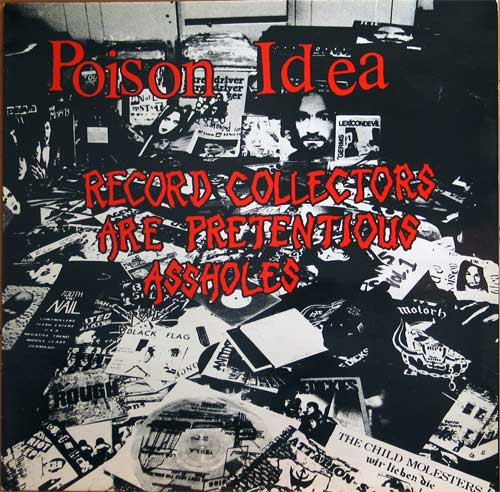 First pressing with a red sleeve and no barcode on back sleeve.

Issued with a printed inner sleeve with lyrics, 1989 Bitzcore catalog, and Frontline ad.

Includes 4 additional tracks taken from previous compilations, A4, B2 & B5 from the 'Cleanse The Bacteria' 2xLP and A6 from the 'Drinking Is Great' 7" EP.