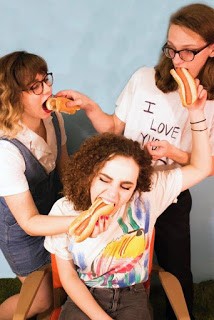 Pool Kids are a four-piece emo/indie/math rock band from Tallahassee, Florida that began in 2017. Recently they signed to Skeletal Lightning (which are easily one of the best labels kicking around now), which was my introduction to their mastercraft. Their debut album, Music To Practice Safe Sex To came out in July, and if nothing else, it’s safe to say it has won album title of the year. Thankfully the music delivers on that high standard in every way imaginable. It’s a refreshing take on math rock-influenced indie/emo, featuring some insanely talented musicians and incredible songwriting. They know when to let loose on the fretboard frenzies and time signatures while staying distinctly melodic, and pull back to semi-standard chords and rhythm patterns when needed, which provides a nice blend of technical mastery and unique variation in songs. Each track is incredibly memorable and with its own emotional weight to it, even amongst obvious highlights like “Borderline” and “$5 Subtweet”. They combine the technical capabilities of bands like toe. and Covet and mix them with the sound and energy of bands like Camp Cope and A Great Big Pile Of Leaves, or something like that. That’s not a great descriptor of them, but it’s the first one I came up with and this shit is hard to pin down to one sentence. To cut this short, this record is awesome, and if I were to go out on a limb I’d say this is the best album I’ve heard in the “emosphere” (that’s a thing now) since what people call low self-esteem…. It’ll be really exciting to see where this band goes, and happy that Skeletal Lightning picked them up. If it hasn’t been made obvious yet, this is highly, highly recommended. Enjoy. 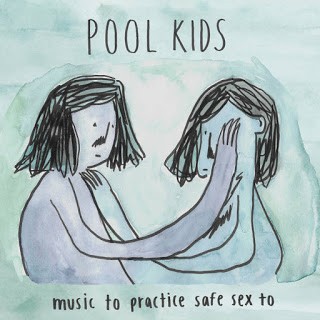