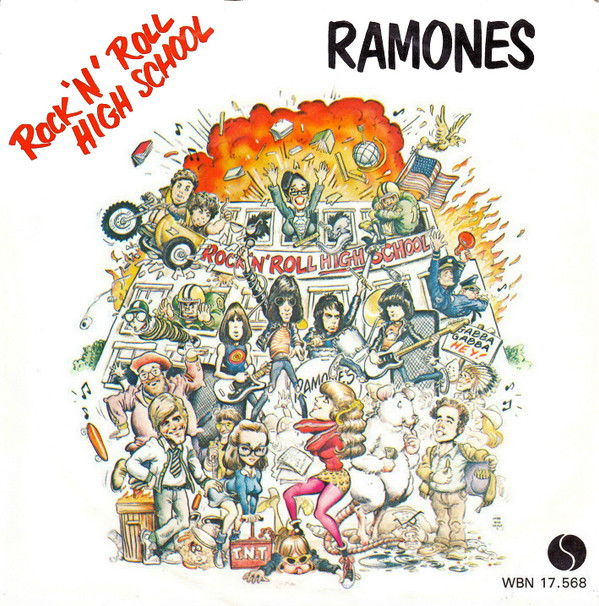 After Tommy left the band in early 1978 he was replaced by Marky Ramone (Marc Bell). He was fired in 1983 and was then replaced by Richie Ramone (Richard Beau). In 1987, he then left the band and was briefly replaced by Elvis Ramone (Clem Burke) for two performances (August 28 & 29, 1987) before Marky returned in September, 1987. In 1989, Dee Dee left and was replaced by ramones_rock_n_roll_high_school.zip

The version of "Rock 'N' Roll High School" playing on this single is the Phil Spector version featured on "End Of The Century" and not the one featured on the movie soundtrack.