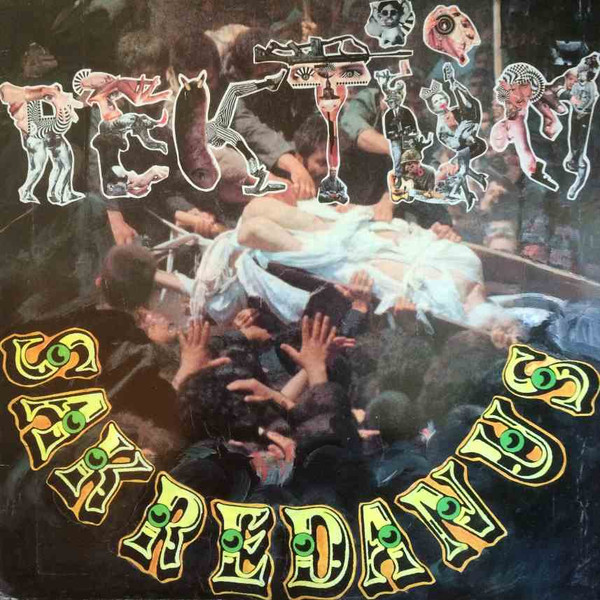 Rektum, a fictitious East German 3-piece dissident punk band that had leapt the Berlin wall. They recorded an LP, Sacred Anus, and a 12” EP for hardcore punk label, Manic Ears/ PSI. Tony and Robber provided artwork for these. There would be live shows to follow in Bristol with Dr. and the Crippins. The UK press were duped by 3 actors hired to be the face of Rektum, and wrote rave reviews, unaware of their true identity. Then, back stage at Reading festival, Shane of Manic Ears let the cat out of the bag to a Sounds journalist. The backlash from the UK press ensued. It was now cool to hate GBOA

Most trax merge into each other and form in fact one long track.