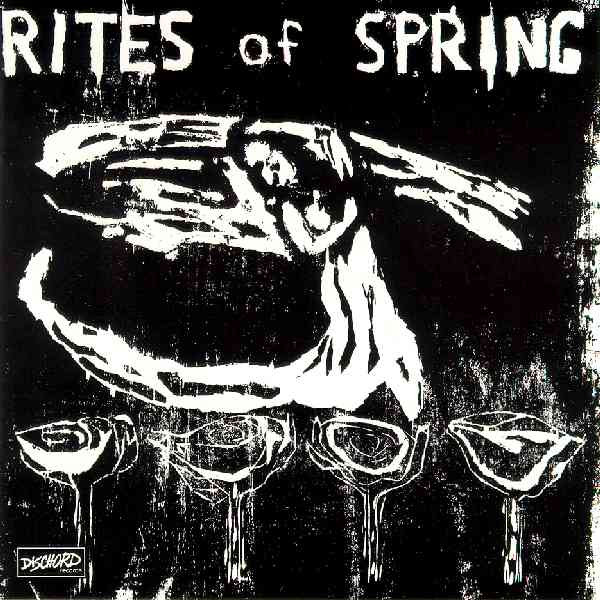 Rites Of Spring, from Washington, DC, was part of a new wave of bands that appeared in 1984-1985, originating from the DC hardcore scene, that are considered by many to be the first wave of emo. The group formed from the ashes of Insurrection, a hardcore band featuring Brendan Canty (drums), Michael Fellows (bass), and Guy Picciotto (guitar). Following Insurrection's demise, Guy, Brendan, and Michael kept jamming together and guitarist Eddie Janney soon joined the mix, while Guy added vocals to his responsibilities. Although the band's live appearances were rare (only around a dozen in 2 years), the band was known for their passionate live shows (which could allegedly move some audience members to tears). Guy's poetic lyrics and impassioned delivery led the group to be tagged as "emotional hardcore" (later shortened to "emo") by some critics and naysayers.

During their life span, the group released one LP and one 7" EP. They split upon the release of the EP, in January of 1987, when Michael Fellows left the band. The rest of the band went on to form One Last Wish with guitarist Michael Hampton (Janney moved to bass) who split after playing only a half a dozen shows and recording an LP (which went unreleased for many years). The members of Rites Of Spring reformed as Happy Go (...)

Comes with a printed lyric innersleeve.