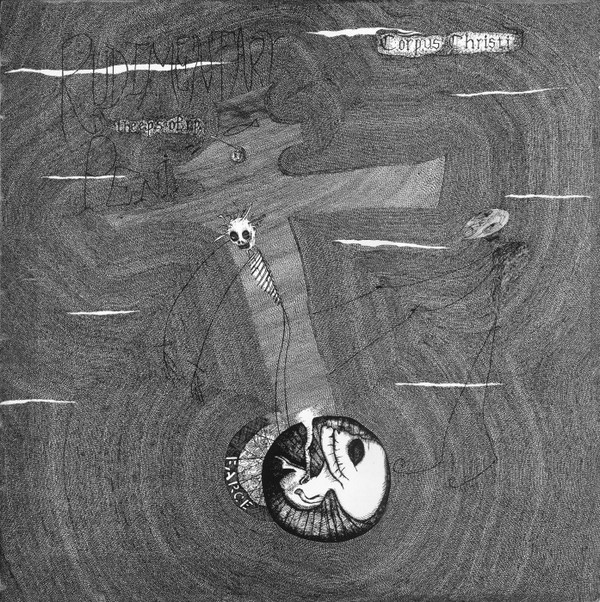 The title of the record on the sleeve spine is given as 'Rudimentary Peni's Extended Plays'.
Also on the spine: "Dirges & Ditties" and "R.P's E.P.'s - A Copulation Album".
A-side label and spine say "Made In France".

Back cover includes track listing and