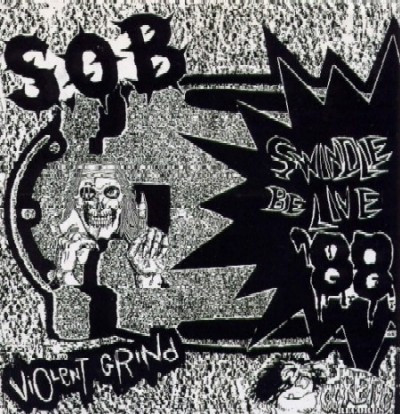 Formed in 1983 in Osaka, Japan, S.O.B. are highly regarded as one of the leading pioneers of Japanese hardcore and grindcore.

Recorded live at Toshima Public Hall.
Originally limited to 200 numbered copies, this is a bootleg of the original bootleg. Number of copies is unknown.
Center label of B side is hand-numbered out of 200 copies.