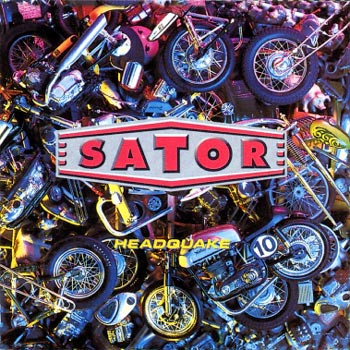 "The intro/outro to track 5 was stolen from The Blendells 'La La La La La'."

The tracklisting on the inside of the booklet lists "Intro" as a separate track but on the back it's not listed at all.

This is the first edition, which came in 20.000 copies (CD, vinyl and cassette combined). Some of the movie samples between tracks were used without permission from the movie companies so these were replaced on later pressings.