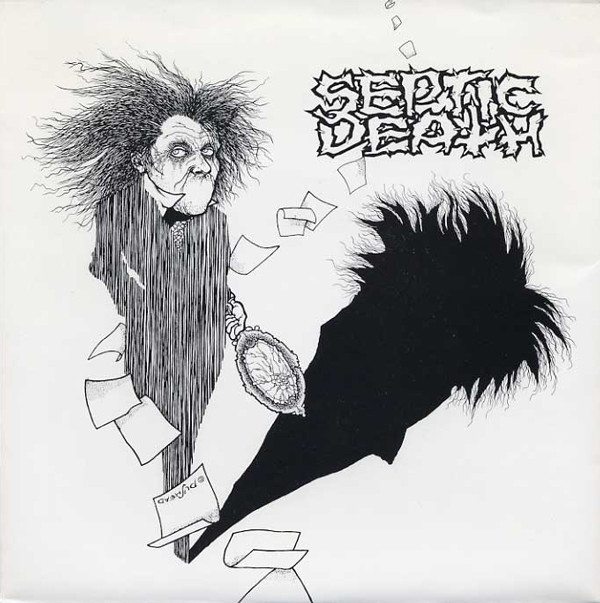 American hardcore punk/Ultra-thrash band that was active from 1981 to 1986.

Released with fold-out lyric sheet, and crack n' peel stickers. Most copies came with 1 Septic Death "Bat" sticker, and 1 "Hand of Death", a few copies got "Foot of Death" instead.