Band: Shut Your Eyes And You'll Burst Into Flames

Label: Dance To The Radio 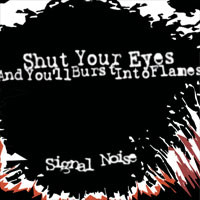 The band released a couple of singles and disbanded in May 2008.

Recorded at at Soundworks, Leeds.