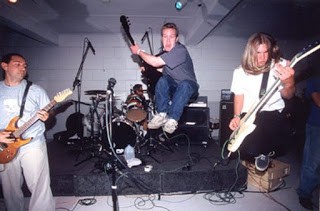 Sick Shift started in Santa Barbara in 1996. They bring a tight skatepunk sound influenced by punk and metal bands. Sick Shift appear on many compilations and get lot of recognition with mp3.com back in the days. They even distribute a part of their first album by selling it on their mp3.com page. Their album Angry Badgers is considered a classic and a must-have within the skatepunk community and is still selling at very high prices on auctions or discog