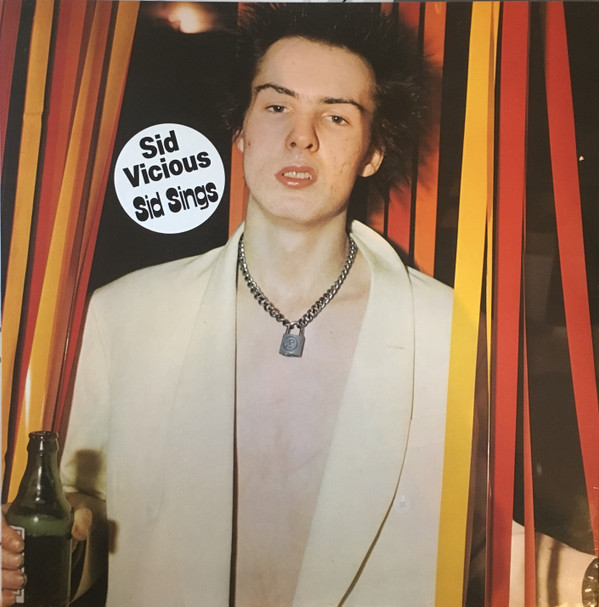 Born May 10th 1957, as John Simon Ritchie, in London. He later adopted his stepfather's surname of Beverley. The "Sid" nickname was given to him by Johnny Rotten.

Described in his book by Johnny Rotten's father as a "suffering idiot", Vicious appeared briefly as the drummer for Siouxsie & The Banshees, and was also a member of the 'Flowers of Romance', before replacing Glen Matlock as bass player in the Sex Pistols, despite his recognised ineptitude on the instrument. After the break-up of the Sex Pistols, he performed with Johnny Thunders, solo, and with the one-off group Vicious White Kids - he performed with the latter at his farewell gig in July 1978, before moving to the USA.

On 12 October 1978, he was arrested for the murder of his girlfriend Nancy Spungen (2). Ten days later, he tried to kill himself, and was sent to Bellevue Hospital. On 2 February 1 (...)

Some copies of the same pressing that was sold later had a sticker on the back reading OVED 85 SID VICIOUS and a barcode underneath.