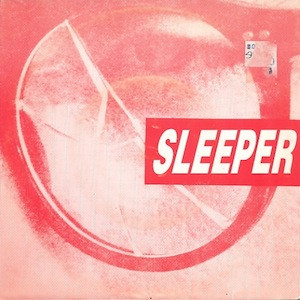 Black vinyl with green labels and a reddish pink sleeve and a different typeface for the band name from the other versions.