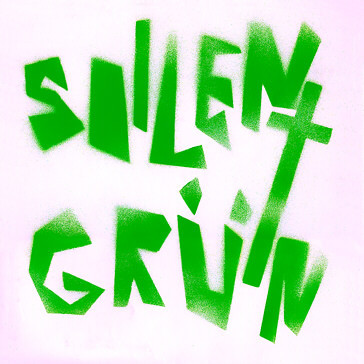 This German fun punk band from Spandau, Berlin, existed in 1980-1982. The first incarnation consisted of Dirk Felsenheimer, Bernd Van Huizen, Kai-Uwe Schmidt and Hussein Kutlucan. When the guitar of Kai-Uwe Schmidt was stolen, he was replaced by Jan Vetter in 1981. They played a couple of gigs locally in Berlin and recorded an EP and appeared on a few tape compilations. Their last gig was at the "Tanz in den Mai" Festival on April 30th/May 1st 1982 with their new singer Roman Stoyloff. Later that year Dirk Felsenheimer and Jan Vetter formed Die Ärzte. Hussein Kutlucan works as an actor and Roman Stoyloff is involved in the filmbusiness and still records as Jakarta TV.

This was released in a limited edition of 50 copies. It came in a generic white LP cover that was stencil-sprayed in light green with the name of the band. A small address-sticker was attached to the backcover. Included a 4 page A4 folded insert, sticker and white C70 tape with green photocopied label stickers (at least one copy is known to exist on black cassette).