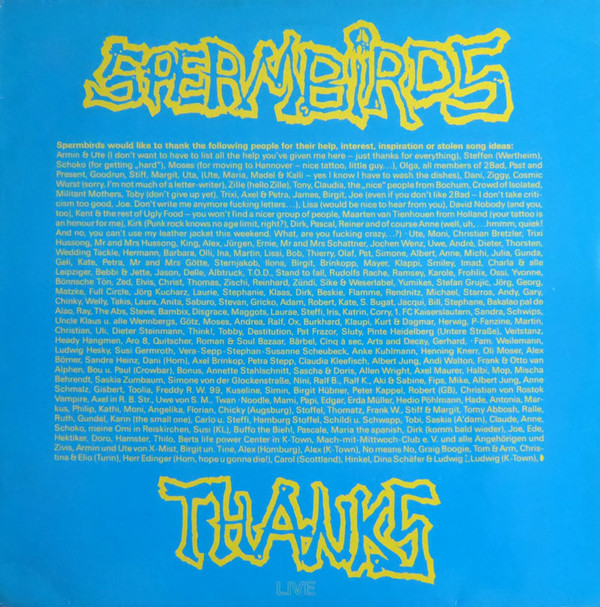 German Hardcore Punk band from Rodenbach (near Kaiserslautern), formed in 1983. The band first split up in 1987, but re-formed again in 1989. The band then split up again in 1996, and was eventually re-formed by Lee Hollis in 1999.

The songs were recorded live in Berlin and Espelkamp.

They were mixed in Dead Eye Studios.

It's all live with no overdubs, so if you hear any mistakes, that's why.