SPIRAL VORTEX, a psych / rock group from the small, rural town of Huelquen, situated about 40 miles south east of Santiago, continue their rise to global appreciation when they appear at this year’s SXSW festival in Texas.

Of course, Loud Horizon has been a big supporter of the band from long before their star began to rise. Regrettably, I could not make it to last year’s Liverpool Psych Fest, where the band made their first UK appearance, but hopefully it won’t be too long before European promoters pick up on these guys and we have more opportunity to sample their music first hand. 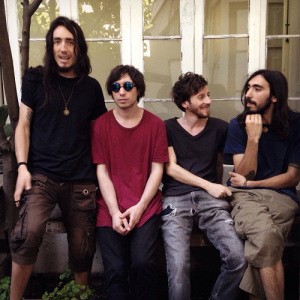 (‘Loop Sand’ is taken from the band’s first album, ‘Cimatica.)

THE GAA GAAS: ‘Close Your Eyes.’