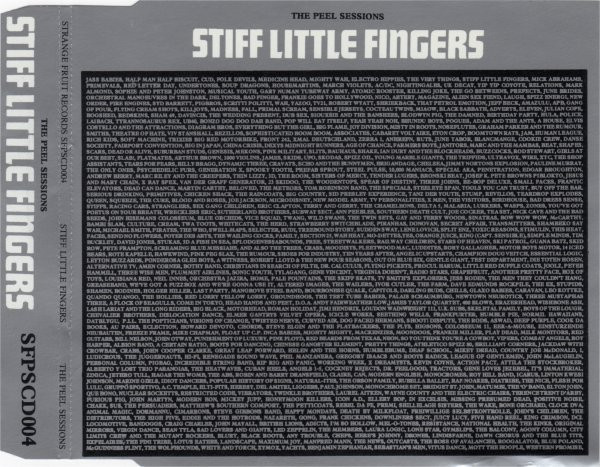 Northern irish Punk band formed around 1977 with the original members being Jake Burns, Ali McMordie, Henry Cluney & Brian Faloon. This version of the band recorded their first LP "Inflammable Material" which included their signature songs about life in Belfast, "Alternative Ulster", "Suspect Device" and "Wasted Life" but also a musically bold reworking of Bob Marley's "Johnny Was" Moving to London in 1979, the band lost Brian Faloon who was replaced on drums by Jim Reilly. They recorded the LP "Nobody's Heroes" for Chrysalis, an LP which was poppier than "Inflammable Material" but continued exploring similar themes. A cover of the Specials "Doesn't Make It Alright" was included, less successfully than "Johnny Was". "Nobody's Heroes" was followed by the pure power pop of the LPs "Go For It" and "Now Then" (featuring new drummer Dolphin Taylor, previously of the Tom Robinson Band )which failed to satisfy their fans, and the live LP "Hanx". In 1983 the band decided to call it a day In 1987, Burns reformed the band with McMordie, Cluney and Taylor. When McMordie left in 1990, he was replaced on bass by Bruce Foxton, previously of The Jam. McMordie rejoined the b (...)