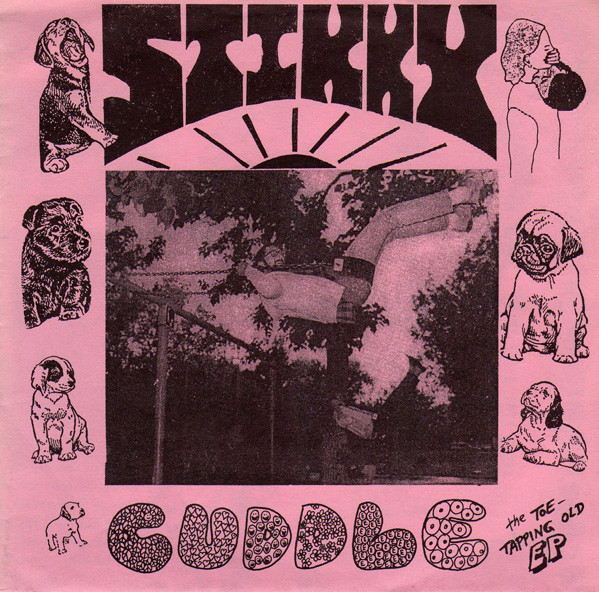 Released with an oversized folded sleeve with lyrics and photos printed on it.

"Cuddle" was recorded, mixed, and all that, in 4 hours at a marvelous place called Art of Ears located in exotic San Francisco, on May 29 1988! It was finely engineered by Andy who looks nothing like Sherman Hemsley. Backing vocals by The Meadowlark Lemon Experience: Steve, Tony, Daz, Lydia, Dave, Aaron, and Wayne.

This funky platter was originally released on Off The Disk in Switzerland in 1988. So many nerds kept bugging us for copies, we decided to re-release it. If you pay big bucks for the old pressing, you're a total schmuck!! O.K.?!