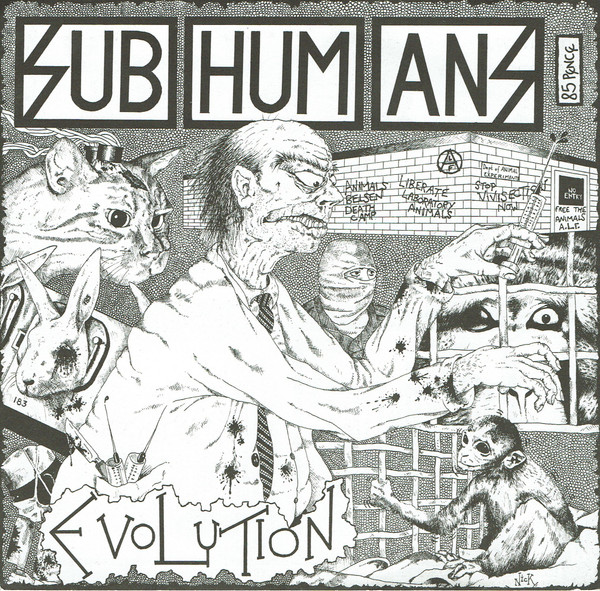 Released in a fold-over paper cover.

The release number appears as fish2 on the back cover and center labels, and as FISH 2 in the runout etchings.

This version of this release is very similar to the version Evolution but with ridges. The vinyl is almost exactly the same except there are raised ridges around the center labels.

Pressing plant information was derived from the runout etchings.