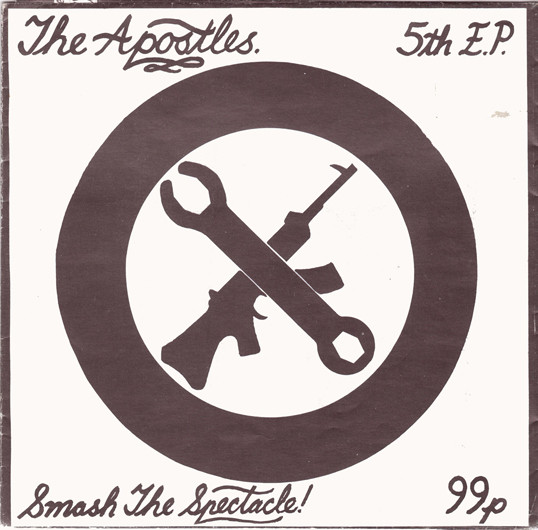 Subtitled 'The 5th EP'. Comes in a Crass-style foldout sleeve and another fold out sleeve inside that.
Suggested price on front cover: 99p.

Members of the Apostles not appearing on this record are:
Dave 'Apostle' Fanning - vocals, all guitars possible