Album: The Acts Of The Apostles In The Theatre Of Fear 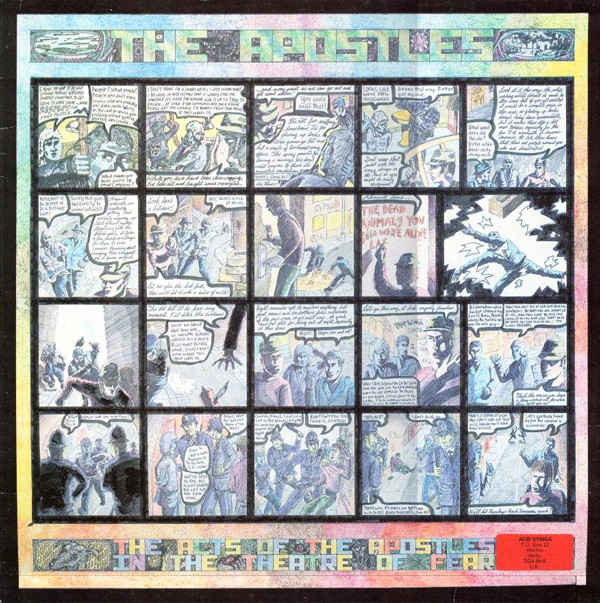 THE LIVES & TIMES OF THE APOSTLES. A SHORT HISTORY The Apostles were an experimental post-punk band who developed within the confines of the 1980s Anarcho Punk scene in the UK, but did not necessarily adhere to the aesthetics of that movement. Although the core of the group remained stable, Andy Martin and Dave Fanning were joined by various members over their 10 year span. Variation was also key in music styles as they varied from pop to punk to industrial through to pure experimentation, with influences like The Velvet Underground, The Adverts, Alternative TV, Lemon Kittens, The Pop Group and Twelve Cubic Feet cited. Although highly critical of the seemingly inward looking anarchist movement of the times, the autonomous and libertarian approach of The Apostles seemed to portray classic anarchism, as opposed to the conformity of many of their contemporaries. This led to much respect from notable members of the original anarcho-punk movement such as Crass with whom the band co-operated during the squatting of the Zig-Zag Club and running of the (Wapping) Anarchy Centre and (Westbourne Park) Centro Iberico venues, and Conflict who released a single and album by The Apostles on their Mortarhate label. Originally formed in 1980 by William Corbett, Julian Portinari, Dan MacIntyre and Pete Bynghall, the band came into its own when Andy Martin joined to contribute lead vocals and lyrics. Shortly afterwards he was joined by Dave Fanning, ex (...)

A4 lyrics and music written about 1986

This is considered the 3rd album of the band, even though it was released after the 1st, the 2nd, the 4th, and the 5th.