Album: Tales From The Cramps Vol. 1 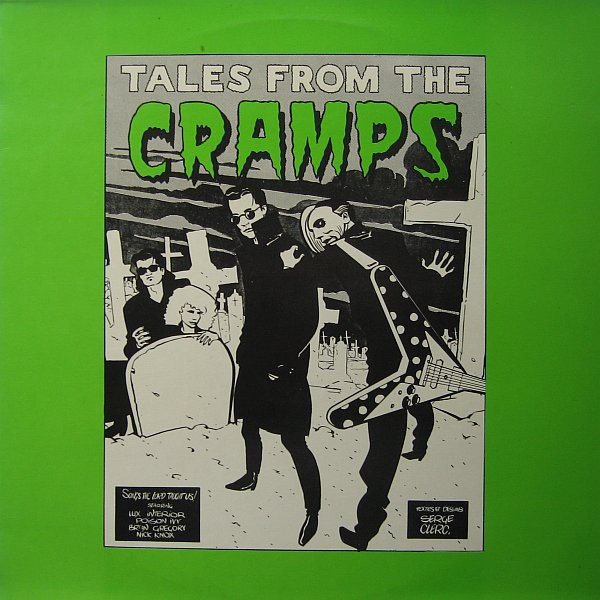 Subtitled "Up From The Garage".

Tracks A1 to A5 are studio outtakes, June 1977. Unknown studio.
Track A6 recorded live at CBGB.
Tracks B1 and B2 Ardent Studios outtakes, Memphis, Tennessee, October 1977.
Tracks B3 to B6 are Hot House Studio outtakes, New York City, February 1979.

Label are plain black with a white circle on the outer rim.
Durations are not mentioned on release.