Album: Play It At Your Little Sister 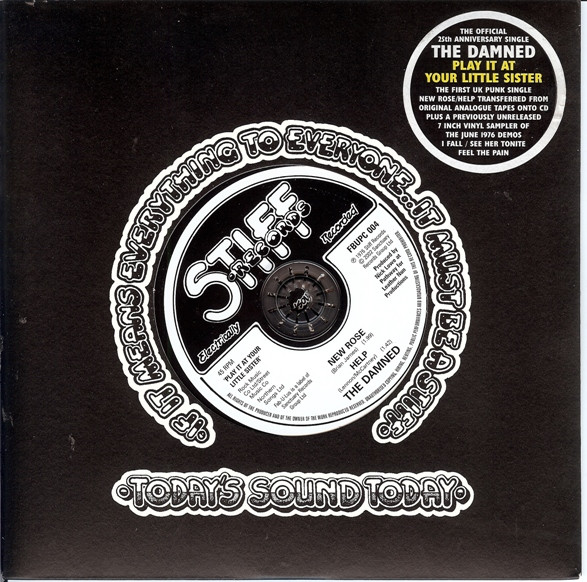 "The official 25th anniversary single
The first UK punk single 'New Rose'/'Help' transferred from original analogue tapes onto CD plus a previously unreleased 7 inch vinyl sampler of the June 1976 demos 'I Fall' / 'See Her Tonite' / 'Feel The Pain'" [according to the book "The Roxy. Our Story" (2016) by Andrew Czezowski & Susan Carrington, the demo was recorded on 23 July 1976 at Barry Jones' basement studio at 47A Warrington Crescent, London; a cassette was sent on 25 July to Phonogram Records and Virgin, Phonogram rejected the tape in a letter dated 27 July 1976]