Album: The Radio One Sessions 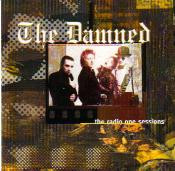 All songs were recorded in different occasions at the BBC Radio.