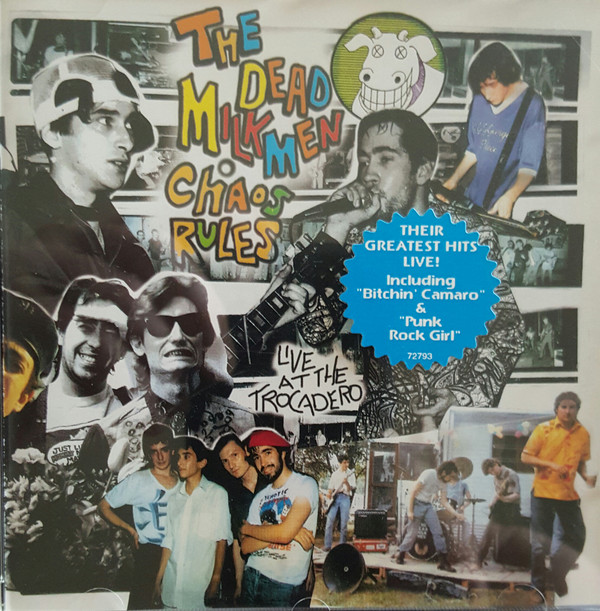 The group released their first full-length LP "Big Lizard in My Backyard" in 1985 on Restless Records. This was followed by:
- Eat Your Paisley! (1986, Restless) - Including minor hit songs like "Beach Party Vietnam."
- Bucky Fellini (1987, Enigma) - Produced by Brian Beattie, who produced the next albums "Beelzebubba" and "Metaphysical Graffiti."
- Beelzebubba (1988, Enigma) - Had a brush with the mainstream with their most well-known song, "Punk Rock Girl."
- Metaphysical Graffiti (1990, Restless) - Had minor hits like "Methodist Coloring Book" and "If You Love Somebody, Set Them on Fire."
- Soul Rotation (1992, Hollywood) - Joseph Genaro took over lead vocals for the album.
- Not Richard, But Dick (1993, Hollywood) - Shorter, 10 song album with elements from b (...)

"This album was recorded live using two microphones located in the concert hall. Editing of the shows was limited to removing restricted compositions controlled by Hollywood Records. When possible songs flow without interruption in the order that they appeared during the shows."