Record Label: Not On Label 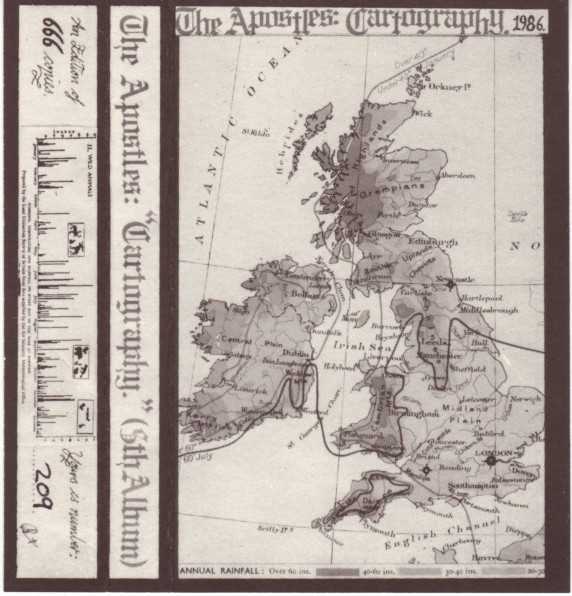 The music on both sides of this cassette has been especially designed to accompany "Cartography", a set of posters and literature sheets.

Side A: These works were recorded 21-23 March 1987 by Dave Fanning alone, on a Tuscan 4 track cassette mixer.

Track A2 contains a sample by Tommy Vance.

Side B: This performance was recorded live at The Roundacre Youth Club, Basildon, Essex, England on 20 February 1987. This was the first ever performance by The Demolition Company. Excerpts of the film 'Shameless' by Sean Stokes and Andy Martin were shown at the event by Peter Murrell and Cata as a specific part of the performance.