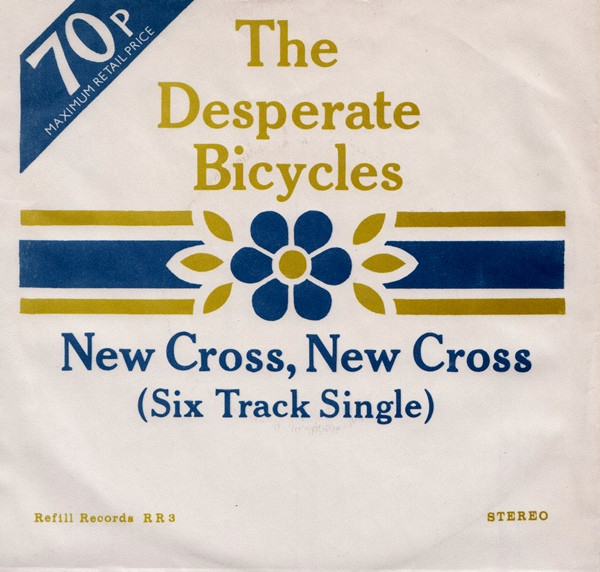 "The Desperate Bicycles were formed in March 1977 specifically for the purpose of recording and releasing a single on their own label. They booked a studio in Dalston for three hours and with a lot of courage and a little rehearsal they recorded 'Smokescreen' and 'Handlebars' It subsequently leapt at the throat. Three months later and The Desperate Bicycles were back in a studio to record their second single and this is the result. "No more time for spectating" they sing and who knows? they may be right. They'd really like to know why you havn't made your single yet. "It was easy, it was cheap, go and do it" (the complete cost of "Smokescreen" was £153) The medium may very well have been tedium but it's changing fast. So if you can understand, go and join a band. Now it's your turn.............."

Information taken from back of sleeve to 'The Medium Was Tedium'

In total they released five singles and one album as The Desperate Bicycles and one single as The Evening Outs, at a time when the band was in a state of fluctuation as regards members, and it is not clear who performed on this latter release.

Danny Wigley is the only member who has appeared on all of the releases.

There has been some debate over the years about whether DB releases should be re-released but D. Wigley is adamant this will not happen.