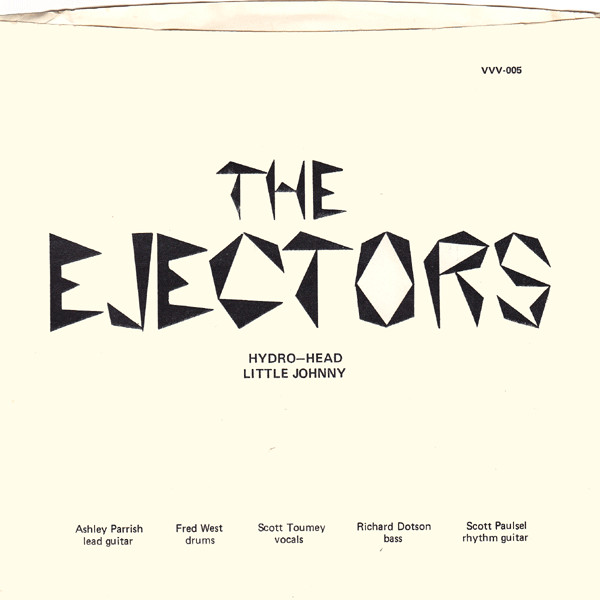 Fort Worth, Texas punk band, formed in 1980 by five high school students. The Ejectors released a single on VVV Records in 1981, and also recorded tracks for an LP that would be eventually be released 22 years later, after the master tapes were salvaged from a band member's closet and painstakingly restored.

The Ejectors broke up in 1982, but played a reunion show in 1995, together with other former VVV Records artists.

The band claims that 2,500 copies were pressed, but that's highly unlikely given both the current rarity of the record, and that the standard VVV pressing was 500.