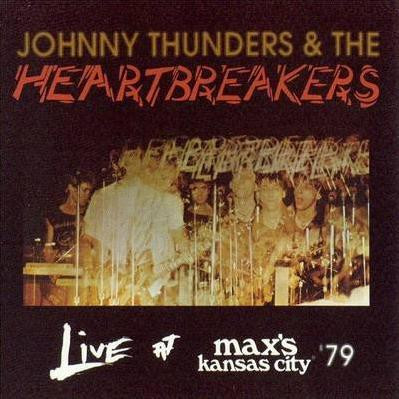 Sometimes billed as "Johnny Thunders & The Heartbreakers" due to Thunders's ever growing notoriety.

Recorded live at Max's Kansas City in the fall of '78
Remixed at Studio 28, NYC
Originally mastered at Masterdisc
Pre-mastered for CD at WK Studios, NYC

Includes five previously-unreleased tracks (13 to 17) recorded during a later Heartbreakers stand at Max's Kansas City in 1979. They were originally intended for an EP to be called LIVE AT MAX'S KANSAS CITY VOLUME II. The EP was never released.
The version of 'All By Myself' on the original release was replaced with this newer version.

© ℗ 1995 Reachout International Records, Inc.
All songs published by Virgin Music Publishers, Ltd. except "Do You Love Me" by Jobete Music