The Impotent Sea Snakes – God Save The Queens (1995) CD Album

Album: God Save The Queens 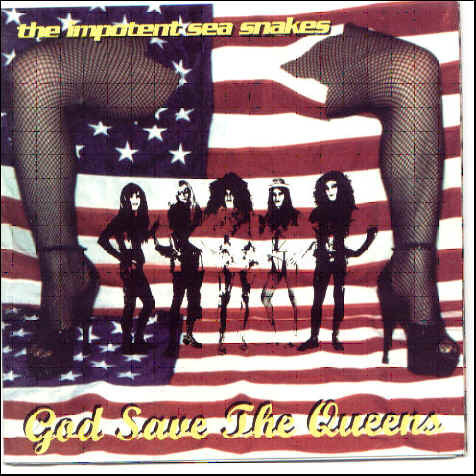 The Impotent Sea Snakes are an American Rock'n'Roll band from Atlanta, Georgia known for their sexually explicit lyrics and performances and probably best known for their most high profile, publicized, and prolific touring period which lasted roughly from 1998-2004.