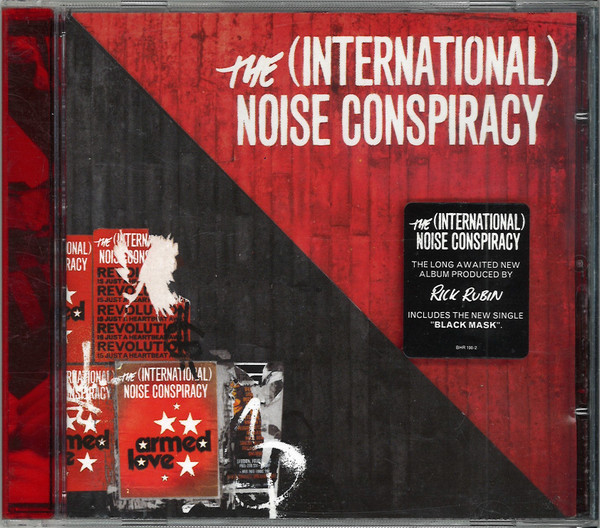 "You make plans we make history".
"Revolution is just a Heartbeat away".

Clear jewel case with a red transparent tray. There are two front inserts, where one (a square with 17cm side) is folded diagonally twice, which creates the black part of the front. The red part contains the credits, and the black contains the lyrics and a message from Patrick Daly, dated April 2004, Nablus, Palestine.