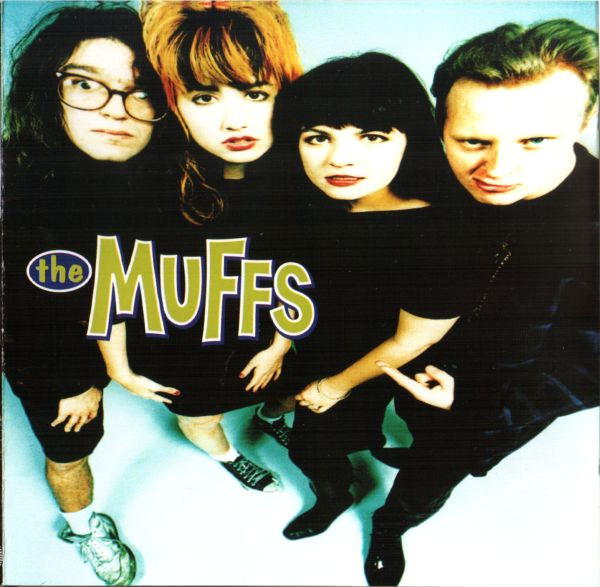 The Muffs are an American punk rock band based in Southern California, formed in 1991 and disbanded in 2019. The Muffs started as a collaboration between guitarists Kim Shattuck and Melanie Vammen, both former members of the 1980s all-female hard rock group, The Pandoras. The band started performing and recording after the addition of bassist Ronnie Barnett (Shattuck's then-boyfriend) and drummer Criss Crass. Following the release of their first album in 1993, Crass left the band. By the time the band recorded their second LP, 1995's "Blonde and Blonder", Melanie Vammen had departed and Roy McDonald was the group's drummer. This would become The Muffs' definitive line-up. That same year, the band released one of their best-known songs, a cover of Kim Wilde's "Kids In America", for the soundtrack to the movie "Clueless" (ironically, it was a song that the band reportedly neither liked nor ever performed live). After 2004's "Really, Really Happy" LP the band went on extended hiatus, not returning to action until 2012 (Kim Shattuck credited former drummer Jim Lespesa, who filled in on tour after Chris Crass left, with bringing her, Ronnie Barnett, and Roy McDonald back together). The band recorded a new album, "Whoop Dee Doo" that year but it's release was de (...)