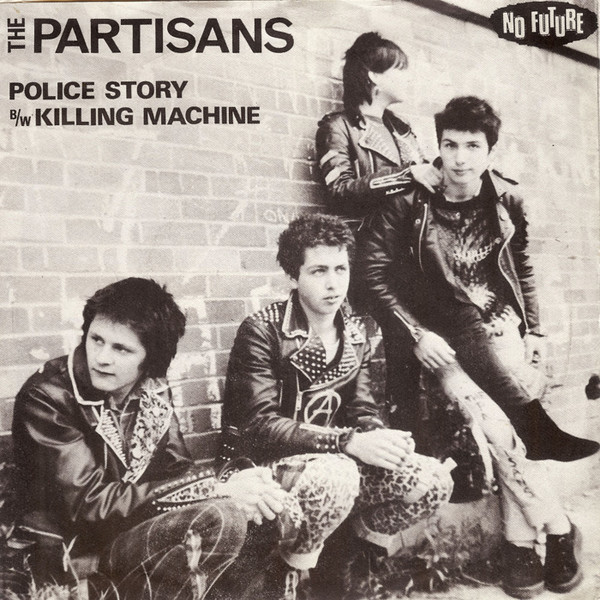 Recorded at 1.2.3. Studios, Cardiff. February 1981.
With insert, pictures of the band members on one side and the lyrics on the other.
No Future Music ℗ & © 1981
There is also a card glossy picture cover: The Partisans - Police Story / Killing Machine