Album: Another Day Another Story 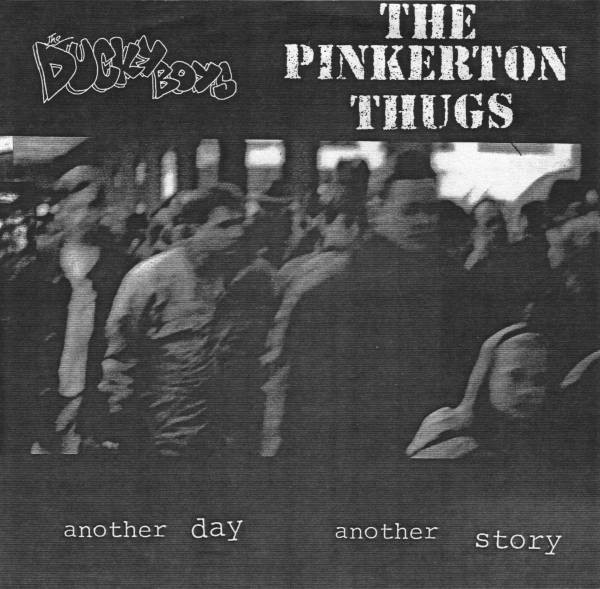 The Pinkerton Thugs formed in July 1994 under a number of different names but officially became the Pinkerton Thugs in March 1996 (taking their name from the infamous Pinkerton National Detective Agency). The band, which initially consisted of drummer/vocalist Paul Russo, guitarist/vocalist Micah Smaldone and bassist James Whitten drew influence from punk bands such as Sham 69, the Clash, Conflict, and Crass as well as Woody Guthrie's political ballads. They were known for their spirited live performances as well as their radical anarchist political views. Attempting to put their ideas to action, members of the band formed a now-defunct collective called the Anarchist Liberty Union which set out to distribute anarchist literature for free and establish better communication between activists. During most of the band's existence, Paul Russo was also a member of Boston band The Unseen, whom the Thugs often played shows with.

Their recorded debut was a 7" E.P. titled "Life, Liberty, and the Pursuit Of Shit" that was self-released on the band's own Police Records in the U.S. in August 1996 and re-released by Nefer Records in Canada in 1997. In addition to that record, The Pinkerton Thugs released two full albums ("The Pain and The Pinkerton Thugs" on V.M.L. Records in 1997 and "End Of an Era" on Go Kart Records in 2000) a split 7" record with the Ducky Boys on Police Records, and a 7" on Go Kart Records titled "The Times.& (...)