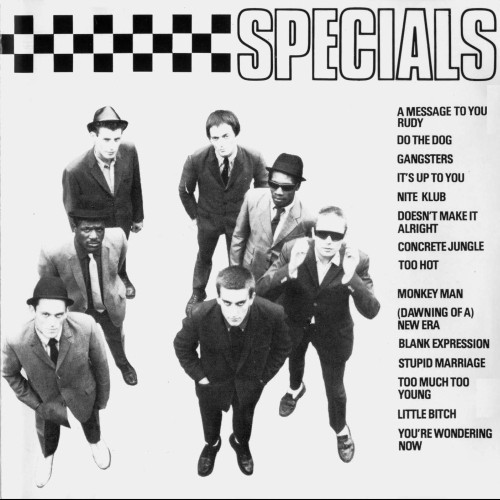 The Specials (originally known as The Coventry Automatics, then later named The Special AKA) were the first band of the 2-Tone era in the late '70s and early '80s in Britain. Led musically by keyboardist Jerry Dammers, the band also comprised Terry Hall (lead vox), Neville Staple (vox/percussion), Lynval Golding (rhythm gtr/vox), Roddy "Radiation" Byers (lead gtr), Sir Horace Gentleman (aka Horace Panter; bass), and John Bradbury (drums). From 1979 to 1981, they released seven singles, two of which ("Too Much Too Young" & "Ghost Town") got to #1. By the time "Ghost Town" reached UK#1 on July 11, 1981 amidst massive street violence in the UK's major cities, The Specials had split. Jerry Dammers and John Bradbury continued under the name The Special AKA until 1985, as did Horace Panter to a certain extent. Roddy Byers left but made a guest appearance on one single, and Terry Hall, Neville Staple, and Lynval Golding formed Fun Boy Three.