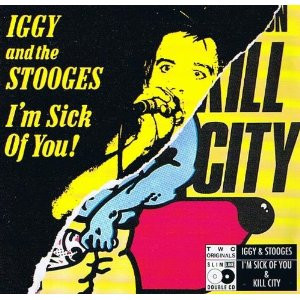 Two originals as one double CD.

Iggy And The Stooges 'I'm Sick Of You!' originally released 1980.