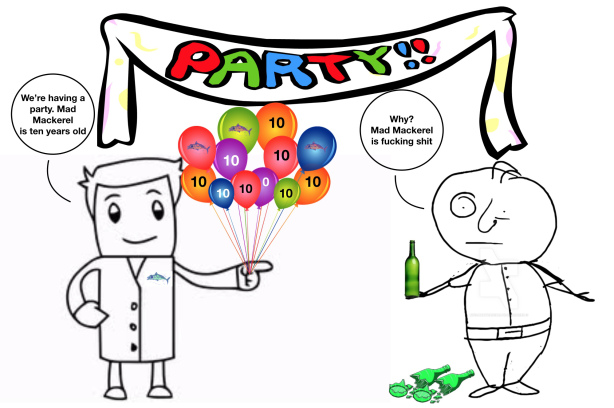 We’re celebrating ten years of MM. Today we’ve reached the top 50 of our favourite songs of the past decade.

Ass kicking blend of blues rock and country and western with big riffs, plenty of fuzz and loads of reverb. Like the Black Keys with balls.

A bass line and guitar riff that are simple genius, massively addictive and unwavering in ferocity as the song crescendos during the chorus. It was the one song that year that whenever anyone heard it for the first time they sat there quietly, and then at the end, would say without fail “That was awesome, Who was that?”

Like a companion piece to Black River Killer (still to come folks, still to come), a surreal, dark fairytale with tumbling rhymes over minimal percussion and a splash of lovely harmonica and always remember “You better guard your tongue like your enemy”

Gorgeous heartbroken country ballad, “And what I would give to be quiet beside you / with the window open, a record playing low / to feel your skin between the clean bed linens / inside a room where sadness never goes”

Amongst other things Port O’Brien were a fabulous covers band. This is the sweetest Ramones cover ever.

Voodoo, zombies, sinister nursery rhyme chants, classic Felice Brothers lyrics and a woozy, old-timey, back porch rhythm means this song should have been an utter mess. That it was the complete opposite stands tribute to this bunch of ramshackle mavericks of increasingly experimental Americana.

Fourteen Songs You Should Have Heard This Week

Eight Songs You Should Have Heard (Last) Week

Seven Songs You Should Have Heard This Week