Album: Up On The Walls 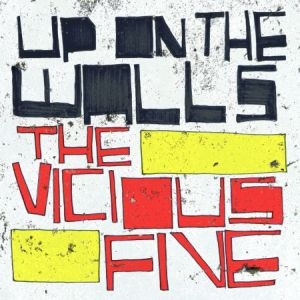 The Vicious Five was a Portuguese rock group from Lisboa, they formed around 2003, with several of it's members coming from the Portuguese punk/hardcore scene, they self-released their first EP "The Electric Chants Of The Disenchanted" in 2003, with their first album "Up On The Walls" being released by the indie label Loop:Off in 2005, then in 2008 they released "Sounds Like Trouble" which achieved a moderate commercial success and national praise from the media, in the following year they released a live studio EP titled "Lisbon Calling", a few months later the group announced that it had disbanded. In 2014 and the group reunited to play two final shows at the festivals Optimus Alive! and Milhões De Festa, they also released their final record "Ghost Eviction" an EP of older tracks that were meant for a third album that never materialised.