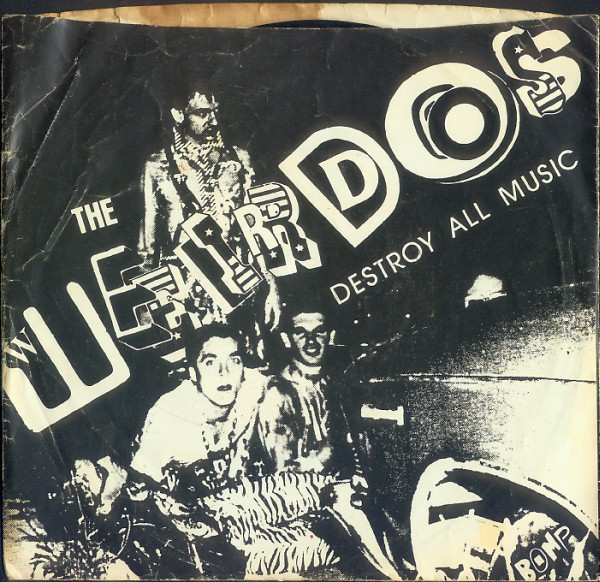 1977 first pressing: white labels with black text on a styrene (not vinyl) pressing with squared/flat edge.

Some copies came with a folded Weirdos Fan Club insert.