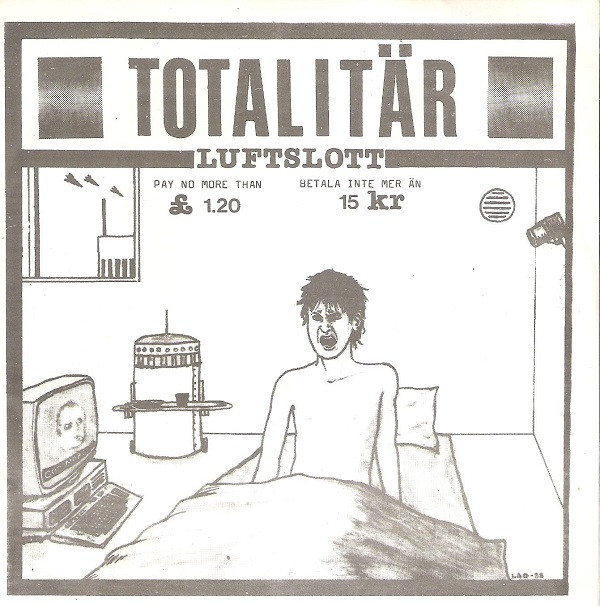 Track A1 "Luffslott" recorded in August 1987 @ Force-A Studio.
Tracks A2 to B4 recorded in November 1987.
Folded paper sleeve including lyrics/info.