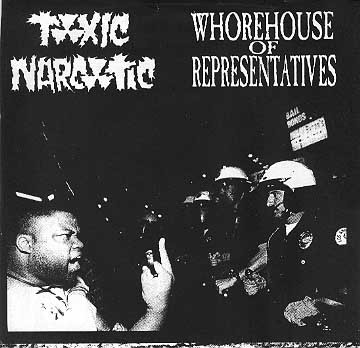 In 1992 the band members also formed Rodent Popsicle Records, a DIY punk label originally created in order to allow the band to self release their own material.

Toxic Narcotic Side:
Recorded In Our Living Room - May 1996.
Track A3 is not listed on the sleeve.

Track B3 is not mentioned on the release, it is a cover of a song originally performed by 4 Skins.

The pressing plant is uncredited, it is identified from the runouts.