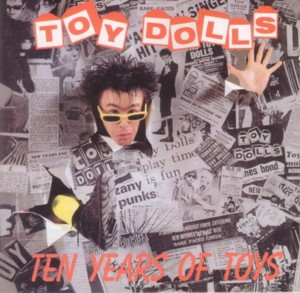 Track 8 isn't mentioned in the tracklist on the CD, most likely because of copyright problems.