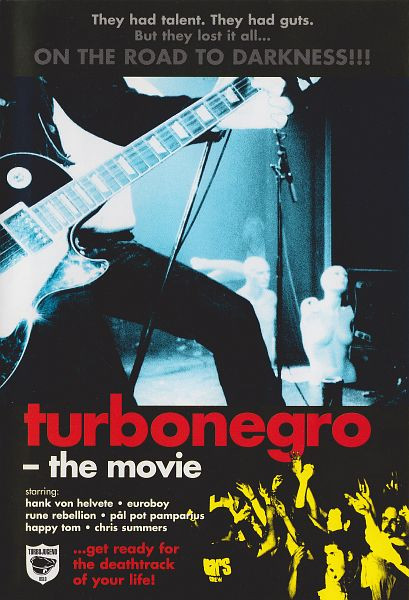 Norwegian rock ("Deathpunk") band originally started around christmas 1988. Always surrounded by scandal and controversy, they have broken up, retired and changed members several times - their aliases include Turboneger, TRBNGR, and Stierkampf.

"The Movie" compiles nearly one hundred minutes of Turbonegro video footage culled from various sources: 4 promo clips for among others "Denim demon" and "Get it on", several band features that were broadcasted by German Viva TV during 1997/98, live recordings from the Darkness Forever tour and the farewell show in Oslo, plus lots of obscure on-the-road snippets from Turbo's private archives that were all recorded in Norway, Germany, Spain and USA between 1995 and 1998 at various locations.