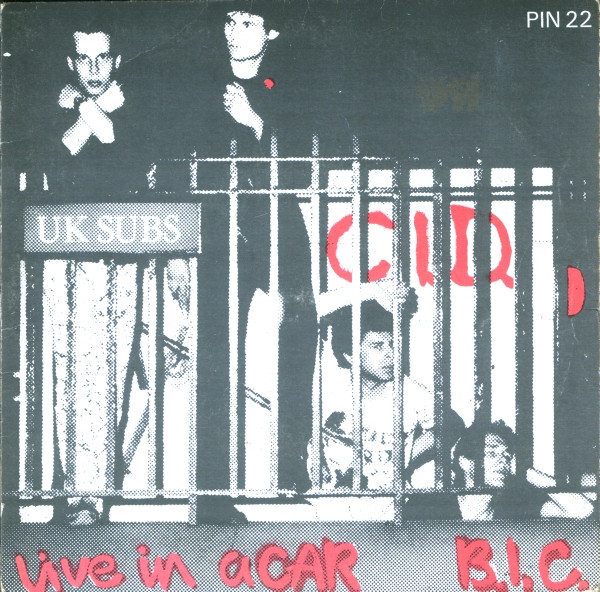 There are two different sets of labels for this release:
The first copyrights C.I.D & B.I.C to Nasal Tunes and production to Sparta Florida, as per the original City Records release, the writing credits are the same as the original and as credited on the sleeve (though B.I.C is Harper & Garret).
The second (this one) misses off Nasal Tunes and Sparta Florida, although publishing credits are included. Full writing credits for Live In A Car, of Harper/Lions/Garrett/Slack [sic], are given, with C.I.D and B.I.C having Charlie's and Nicky's initials added.

Printed & Made in England by C.M.C.S. Print & Colour Ltd.