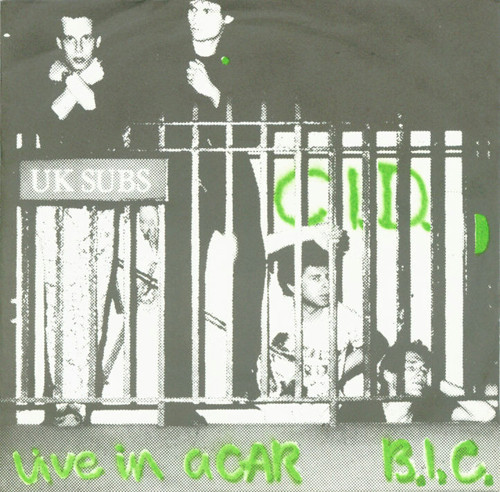 Released in Black vinyl and 10000 copies colored Clear, Orange (described as yellow in the press ads), Dark Green and Blue, 2500 of each.
This is the Second press.
The first press have another run out grooves ("FOR STRONGER PAIN RELIEF" NIK 5 A2 and "KEEP AWAY FROM CHILDREN" NIK 5 B2).