Album: Richard Dawkins Is Together With Us 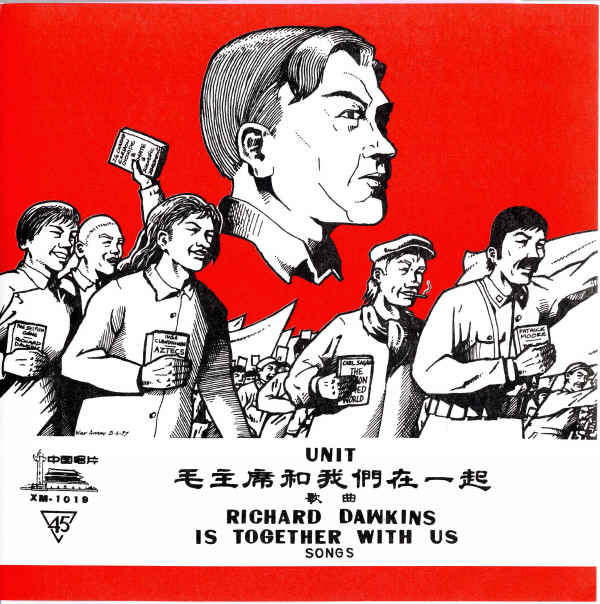 In the beginning (circa 1981), there was The Apostles (3). After that was the formation of Academy 23, who then changed their name to Unit in 1994. Since Williams, Coles, and Burton left in 2000 Unit has been through numerous line-ups, each one recording an album musically different from the last. As far as the music is concerned, the band have tried their hand(s) at such forms as post-punk, prog rock, pop, avant garde, jazz and free improv, rendering any attempts at defining the 'type' of band they are as quite futile.

Comes in a paper gatefold sleeve with info/lyrics and booklet insert.