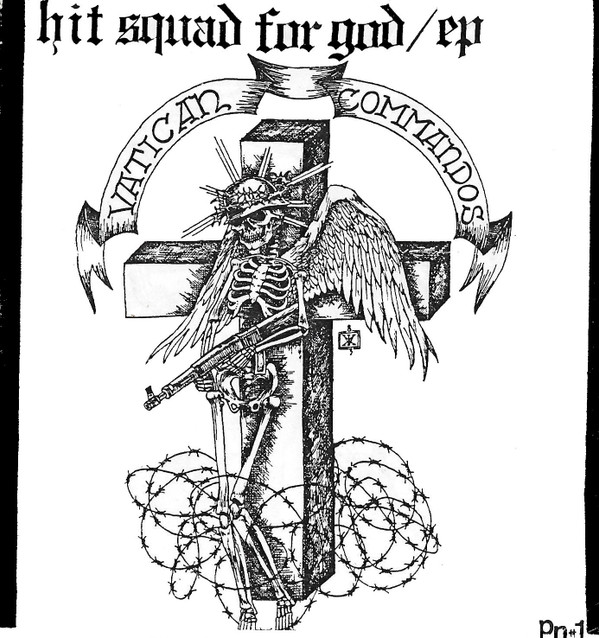 Vatican Commandos were a punk band formerly featuring Moby - formed in Darien, Connecticut. The band also featured James Spadaccini. The band was formed in 1980 and released its first 7" EP entitled, "Hit Squad for God." Following the release of this record Moby was kicked out of the Vatican Commandos. Later members included Chuck Weaver and Mike Pollock. The band went on to release the "Just a Frisbee" 7" in 1983. The "Just a Frisbee" 7" cover artwork was drawn by Rob Zombie, founder and lead singer of White Zombie. The Vatican Commandos disbanded in 1985.

Recorded in Blue Cellars Studio in May 1983.

Folded sleeve with artwork and credits inside.

Some copies included a lyric insert.